“Today we removed 103 pages, groups and accounts for engaging in coordinated inauthentic behaviour on Facebook and Instagram as part of a network that originated in Pakistan,” Facebook’s Cyber Security head Nathaniel Gleicher said.

He added that Facebook could not say whether the activity was directed by the organisation or the employees were acting on their own. 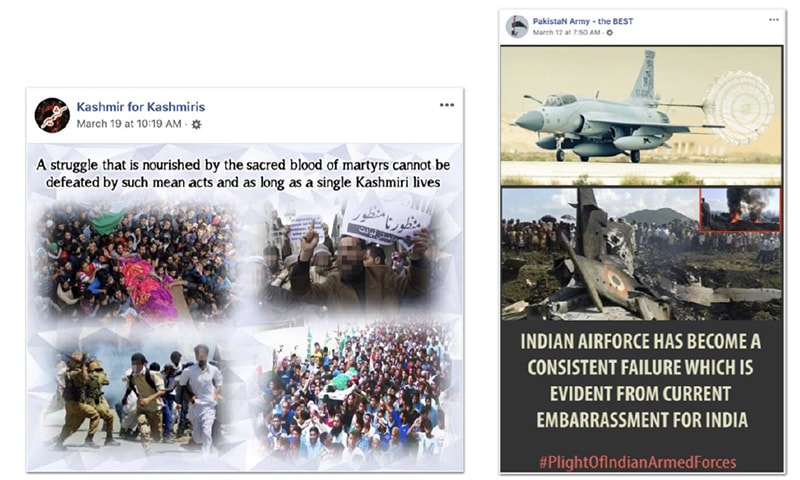 Two of the 103 accounts suspended by Facebook. (Source: Dawn)

Gleicher also told Dawn that they are in touch with Pakistani ‘policy makers’ over the matter.

Facebook has also taken down hundreds of accounts in India and Philippines citing similar reasons.