Pakistani-American Offers Free Food To Homeless And Needy In US

Pakistani-American Kazi Mannan offers free food in Washington DC to the poor and needy because he does not want anyone to go through what he did when he arrived in the United States (US).

According to a story published in VOA News, when Kazi first came to the US in 1996 as a young man, he had no experience of unfamiliar surrounding but perseverance and commitment to fulfill his dreams had him shoot to greater heights.

He had to go through a series of tough jobs initially, saved money and learned to live in America throughout his years. 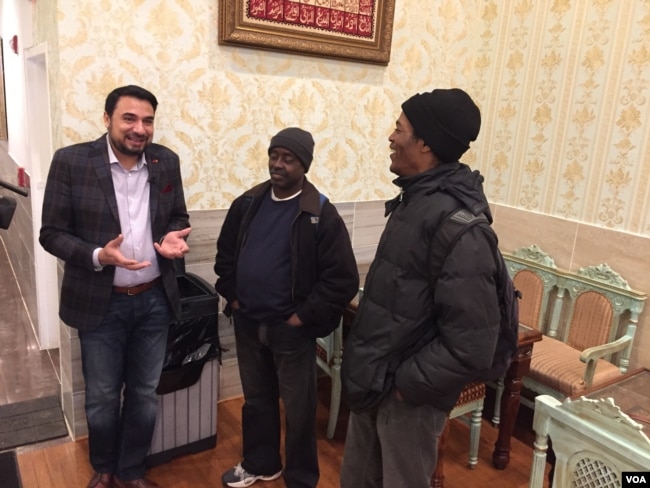 Kazi Mannan speaks with two of his regular homeless guests at his restaurant, which welcomes paying and non-paying customers. (J. Taboh/VOA)

22 years later, Mannan is a successful entrepreneur and runs a Pakistani-Indian restaurant just a few blocks away from the White House. But not only is he a successful businessman, he is a greater human being too.

Kazi offers free food to the homeless and needy people. He says that growing up in underprivileged environment was tough for him and he does not want anyone else to go through the same.

“I have nine siblings and we didn’t have much to eat … when you are poor and you don’t have things that other people have, when you get it, you want to appreciate, you want to share with others,” he said.

“I don’t want to see another human being going through the poverty and hunger that I went through,” Kazi continued. 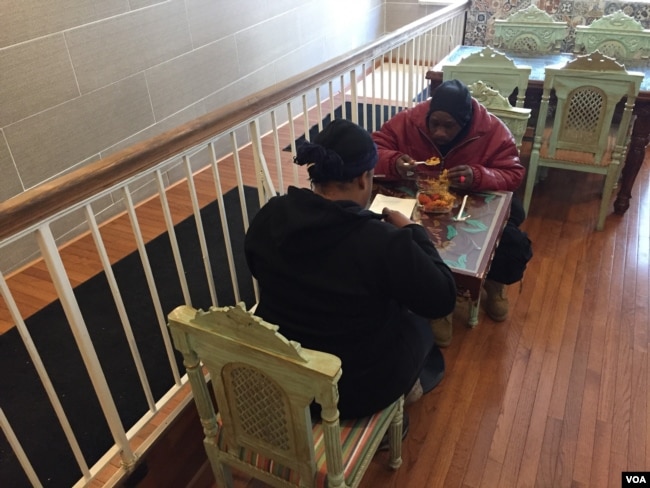 Members of the homeless community are welcome at Sakina Halal Grill restaurant anytime for a free meal. (J. Taboh/VOA)

But the Pakistani-American is not doing any of this to earn praise or awards, but for the greater good of humanity and to please God. “I do not want any awards or monetary compensations. It is part of my Muslim faith to serve the humanity and all I want is Allah to be pleased with me. I know He is happy with me.”

He also has a message for those in need that they can stop over at Sakina Grill, his restaurant named after his mother, and eat and stay for as long as they want.

Not all heroes wear capes, and Kazi Mannan is one example.