Pakistan vs India: Ahmed Mujtaba Readies For MMA Showdown At ONE

Pakistan and India will go head-to-head in mixed martial arts (MMA) as Pakistan’s Ahmed Mujtaba and India’s Rahul Raja are scheduled to fight at ONE Championship: Call For Greatness on February 22.

Mujtaba is the first Pakistani MMA superstar to win a championship overseas. He held the UGB Featherweight belt before he signed with Asian MMA giant ONE Championship.

Mujtaba holds a professional record of 9-2

The fighter from Quetta, who holds a professional record of 9-2 (2-2 in ONE), will be looking to score a decisive win against Rahul Raja when the two collide.

A win would give Mujtaba a huge boost in a talent-stacked Featherweight division.

Through a video message on his official Facebook account, Mujtaba announced that he would be fighting Raja. 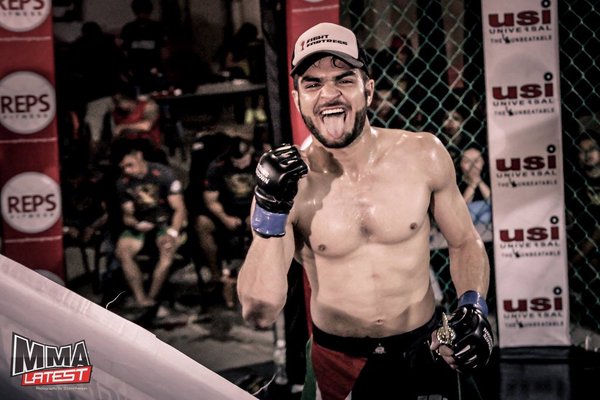 Hailing from Quetta, Mujtaba was one of the first fighters to represent Pakistan on international stage

“I am set to fight Rahul Raja at ONE on 22nd February in Singapore. This is going to be the biggest fight in history of Pakistan”.

An India-Pakistan match-up could prove to be more than an MMA fight, and could open avenues for more and much-needed sporting action between the two countries.

ONE: Call For Greatness takes place on February 22 in Singapore Indoor Stadium in Singapore. The action will begin at 4pm Pakistan Standard Time.

Tags: Donate To Naya Daur
Previous Article
New PTI Policy Means Hajj Pilgrimage Will Be Almost Twice As Expensive
Next Article
Aasia Bibi Is Free But A Major Course Correction Is In Order