‘My sin is that I am a girl’: Women rights a challenge for Balochistan

“O mankind, fear your Lord, who created you from one soul and created from it its mate and dispersed from both of them many men and women. And fear Allah, through whom you ask one another, and the wombs. Indeed Allah is ever, over you, an Observer” Surah An-Nisa (4:1)

The aforementioned verse clearly explains that men and women are equal and neither is superior to another on the basis of gender.

Islam confers equal rights to the both genders, irrespective of their caste, creed, customs, values, norms and traditions.

Another verse of the Holy Quran reads:

“And according to usage, women too have rights over men similar to the rights of men over women.” (Al-Qur’an, 2:228)

In Islamic history, one cannot find a statement which reads that there is no right vested on man that woman may be deprived of simply because she is a woman. Honour is not gender or colour specific, but it is the conduct and deeds of a person which really count in the worldly life and the hereafter.

Despite Islam giving women their due rights, they continue to struggle to get their basic rights, and that too mostly in Islamic countries. Breach of women rights, nonetheless, is not confined to Pakistan or Muslim nations, but is a global dilemma.

Distinguished organizations like UNWOMEN (A United Nations entity working for empowerment of women) are dedicating all their energies to shaping a prosperous platform for women, who are mired in mental, social, economic and financial instabilities.

History has witnessed many brave women. To take an example, Khawlah Bint Al-Azwar, a brave women warrior, knew varying skills of fighting and archery. Due to her valiance and superior skill, she not only participated in the battle of Jana Dean, but also saved his brother from the enemies.

Khawlah’s example expounds that women need to strive for their due rights irrespective of being defeated and overthrown.

Balochistan is one such region where we need Khawlahs, and plenty of them. No one can underestimate the potential of our Baloch sisters and mothers. However, in a province where a girl’s life is bound within four walls of a house and in a society where ancestral and societal customs compel her to remain uneducated till death, women still struggle for their rights. 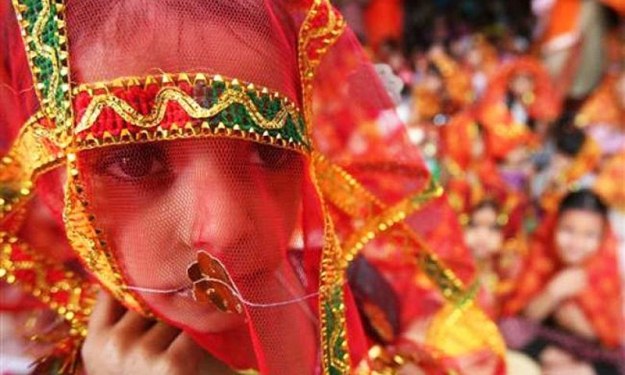 It is on the record that major obstacle in girl’s education is child marriages, which too is a breach of human rights.

Having a girl child, who is tied the guardian knot frequently, is nothing new for the Baloch society as the tragic cycle of marrying off daughters in early life shows no signs of abating.

Though many bills and resolutions have been passed in the legislature, women are still confined within prison-like homes. With no rights, they suffer in silence till death.

Indubitably, the girls suffer on two counts in the province: Firstly, they are denied quality education and secondly, the society’s gender prejudices have made it very tough for them to live. Recently, I approached one of my friends and inquired, “What is the advantage of educating a girl?”

He responded that many families don’t educate their girls since their education goes in waste when they are married off while others educate them to ‘enhance their value in the marriage market’.

Banadi, an educated Baloch girl, laments: “There are several girls in our neighbourhood who are not allowed to seek education. Seeing them, I often wonder how I could use my education for the betterment of my community but now I see no way of doing this.”

“My sin is that I am girl. If only I were a boy. I want to act as a role model for my community, I want to be a teacher to empower the next generation of girls but, unfortunately, I find barriers on the road to my dreams,” she added.

It is undoubtedly a slap on the face of the Baloch society that calls women ‘human beings’ but continues to rob them of their divine ‘human’ rights.

In most other parts of world, women receive their full due rights and are working shoulder to shoulder with men. But our society should bear it in mind that no nation can progress until and unless women are given their due rights.

The empowerment of women and the recognition of their equality is the need of the hour. It is imperative that we give equal rights to women and dispense them the same opportunities and facilities as men.

Tags: Donate To Naya Daur
Previous Article
Twitter slams Sarfaraz over racist remarks after he calls South Africa’s Phehlukwayo ‘Kalay’
Next Article
Garment Factories in Pakistan Exploit Labour and There Is No Accountability