West Indian women cricket captain Merissa Aguilleira has said that Pakistan is a safe country for international players and that she would love to visit the country again in near future.

Pakistan women cricket team hosted their West Indian counterparts for a three-match T20I series between the two teams. All of the matches were held at Southend Cricket Stadium in Karachi. 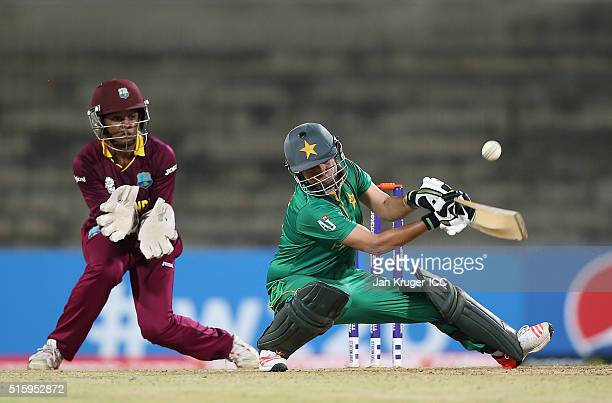 Though results did not favour the green shirts as they lost the series 2-1, the tour was an overall success. West Indian captain Aguilleira was full of praise for Pakistan and said she would visit the country again.

“We enjoyed playing cricket in Pakistan, no matter who wins. Not only we but the cricket professionals are also happy to see that the people of Pakistan love cricket and respect the players. I will love to visit again,” she said according to Dawn. She said the above during a during event hosted by Sindh Inspector General Dr Syed Kaleem Imam, who said that the tour would open avenues for more teams to come to Pakistan and it proves that Pakistan is a peaceful country.

This, once again, proves that West Indians love Pakistan and the cricket-bond between the two countries is too strong. Another West Indian, Darren Sammy, who Pakistanis absolutely adore has arrived in Pakistan for the Pakistan Super League.

The Peshawar Zalmi skipper is dearly cherished by the people of Pakistan and is set to put smiles on our faces for a fourth season running.

Tags: Donate To Naya Daur
Previous Article
Violence against maids in Pakistan must be stopped. So should be child labor
Next Article
Pakistan Bags 2 Gold Medals At Fujairah Open Taekwondo Championship