The two were on their way to attend funeral procession of PTM member Arman Loni, who was allegedly killed during a sit-in in Loralai on Saturday. PTM claimed that Loni was killed in a police crackdown.

Quetta SSP operations, however, said that no signs of injuries or violence were reported in post-mortem examination report.

Dawar took to Twitter and said that he and fellow parliamentarian Ali Wazir were not being allowed to enter Balochistan as a means to stop them from attending Loni’s funeral. 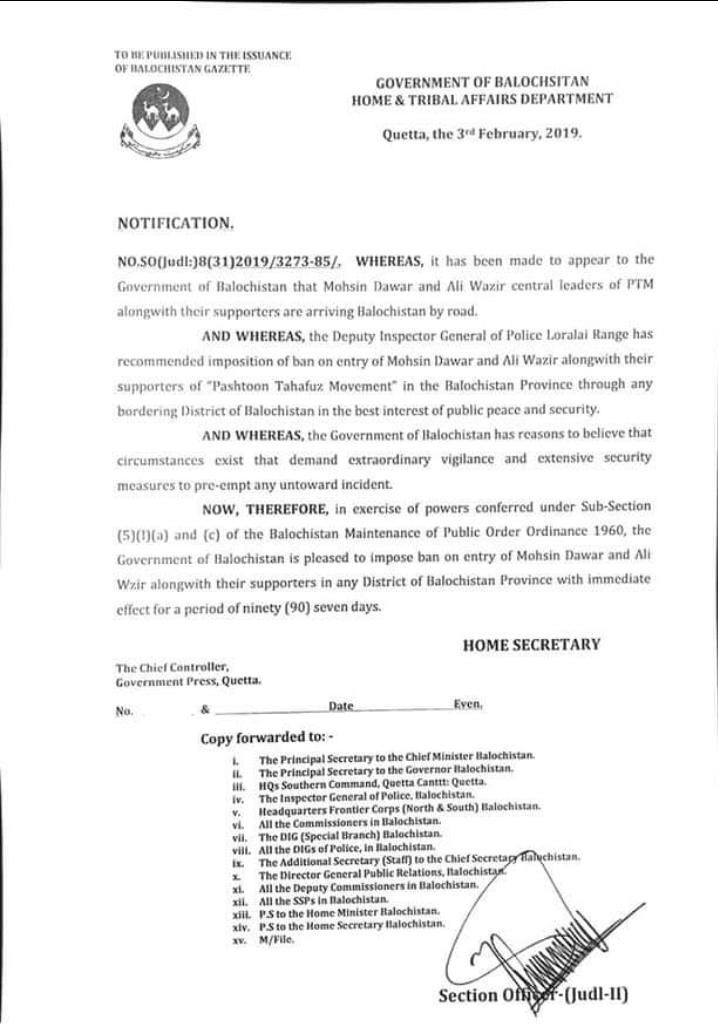 The shared notification noted that the Balochistan government “has reasons to believe that circumstances exist that demand extraordinary vigilance and extensive security means to preempt any untoward incident”.