Garment Factories in Pakistan Exploit Labour and There Is No Accountability

‘Abused workers in Pakistan’s garment industry remain invisible, and their plight is absent from the political agenda,’ a Human Rights Watch report titled ‘No Room to Bargain: Unfair and Abusive Labor Practices in Pakistan’ revealed.

According to a HRW press release, the report will be released at Lahore University of Management Sciences (LUMS) today (Wednesday) at 6pm.

Researchers interviewed 118 workers in Lahore, Hafizabad and Karachi garment factories and quizzed them over the problems faced by them. Additionally, 25 factories, union leaders, government representatives, and labor rights advocates were also interviewed.

Some of the main findings of the report were as follows:

The report found that majority of production in the labor industry takes place in small, often unregistered factories and the degree of rights violations is also greater in these small factories. 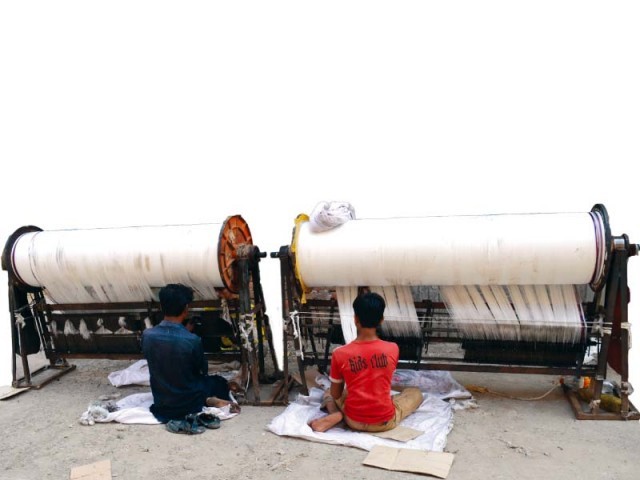 However, rights violations in larger factories were studied too and experts said these are systemic industry wide problems.

The use of verbal contracts is alarmingly widespread throughout the garment industry. Not having an employment contract makes it very difficult for workers to demand employment benefits or to enforce the terms of employment.

It is also common practice to hire workers on a “piece-rate” based on a production quota.

Factories routinely compel the workers to work beyond the legally permissible nine hours and in many cases without extra pay.

The absence of a written contract and a formal appointment letter makes workers vulnerable to retaliation for refusing to work overtime.

The report also found that lack of employment contracts and registration means that factories routinely deny social security and pension benefits to workers.

In some cases, the social security and pension amounts are deducted from salaries and never deposited resulting in illegal enrichment of factory owners.

Lack of breaks and medical leave

Several workers told Human Rights Watch that the factory management deny adequate breaks to the workers on grounds of ‘productivity’. Workers are even denied breaks to drink water or use toilets.

Women workers are exceptionally disempowered and discriminated against in the garment industry in Pakistan.

Many women are employed via contract, piece-rate, non-unionized workers in low-paid and low-skilled roles.

According to the World Economic Forum’s Global Gender Gap Report 2016, Pakistan ranks 143rd out of 144 countries in the gender inequality index, only above Yemen.

‘Pakistan should amend its labour law’

The HRW recommended that Pakistan amend its labour laws to comply with international standards, including those of the International Labour Organization (ILO) conventions.

Also, the report suggested that rigourous implementation of the existing laws could also help in protecting rights of the workers. ‘Labor inspectors and other authorities are frequently overstretched, or complicit, and let abuses persist.’

Tags: Donate To Naya Daur
Previous Article
‘My sin is that I am a girl’: Women rights a challenge for Balochistan
Next Article
If hunting the Markhor is illegal, why does the hunting continue?