How Bollywood Got Its King And How He Continues To Reign

Every time I come in contact with Weber’s theory of charisma, the first name that pop-ups in my mind is neither a historical figure nor a political icon, but someone who rules billions of hearts by “selling dreams and peddling love” – the one and only king of Bollywood, Shahrukh Khan.

Just a few days earlier I watched David Letterman’s interview of Shahrukh Khan which made me rethink my understanding of stardom and fandom – which in my opinion always has some unique aspects in relation to the object or person under consideration. Hence, I decided to revisit the star power and fandom of King Khan on his birthday.

Khan, who started his career with street theatre and transcended to Bombay industry through Indian television, did not come from an artistic family or any academic background in acting. He described his journey to his stardom as him being the “right person to be present at the right place at the right time”. However, a careful consideration of his journey makes it very easy to understand that it is much more than a just a Big Bang Theory kind of accident after which everything fell in place so perfectly. 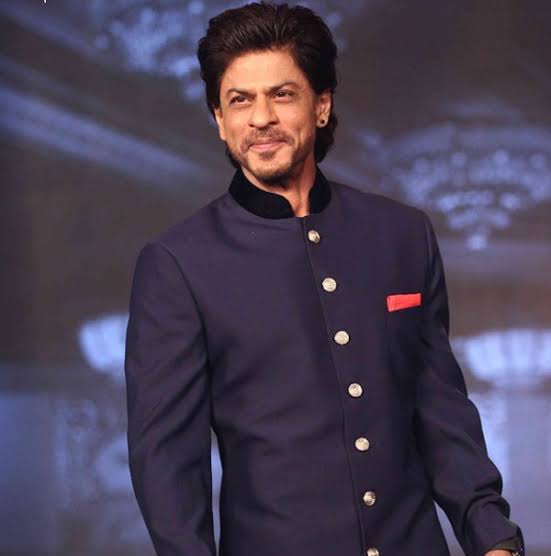 In order to analyze Khan’s stardom and its ever increasing fandom, I will take a backward journey into his Bollywood career. In the current decade i.e 2019-2011, none of Shahrukh’s movies were well received: neither by the critics nor by the popular audiences. Consequently they were not able to do well even on the box office, as compared to the movies of his co-stars. This is especially more obvious if they are compared to the other two legend Khans of Bollywood – Salman and Amir. For his part, Amir has earned a reputation for meaningful movies giving voice to social and functional issues which are different from typical Bollywood movies – with a perfect recipe of romance, glamour, music and star cast (movies which Shahrukh Khan is known for). Salman has now mostly confined himself to the genre of action and comedy which has a completely different niche fan base.

Shahrukh, however, has given a bunch of movies in this decade that can be categorized more or less to be flopped in their totality – some more than the others, starting from Zero, Jab Harry met Sejal, Fan, Raees, Dilwale, Happy New Year, Chennai Express, Don 2.

A relative exception might be Jab Tak hai Jaan released in 2012, but that, too, was not as big a hit compared to his own previous work. Considering this record, it won’t be unfair to say that the graph of his Bollywood achievements has definitely gone down in these years but at the same time Shahrukh’s acknowledgment as a star and his on-screen achievements in the non-Bollywood realm have gone global in the same years. In 2019 last month, Shahrukh Khan appeared in David letterman’s Netflix show My Next Guest in which Letterman also shared some scenes recorded in Khan’s Mumbai residence Mannat. In one of the scenes when Shahrukh Khan is waving from his balcony, a swarm of people was there to receive that wave. The gesture is totally impersonal and ignorant to their individuality but addressed to their mutual fandom – which is probably the only thing that they all have in common. This uninterrupted presence of hundreds of people outside his house is a clear sign of his unharmed stardom throughout these years in which he did not appeal to his audience through his work but still managed to keep conquering their hearts with his charisma. As such, his charisma is now above and beyond the movies that were once the prime source of his stardom.

In 2017, Khan was invited for a TED talk – a platform he shared with some of the most famous, smart and influential people of this world. Obviously, a TED audience includes people who do or do not watch Bollywood movies, but Khan’s hard-earned wisdom from a life spent in the spotlight has something useful for everyone, not just his fans and followers. Moving back, in 2016, Khan became the brand ambassador of Dubai itself. He ran Dubai’s tourism campaign “Be My Guest”.

It is not ordinary that Dubai, which is trying to appeal to the global tourism market, decided to choose Khan instead of a million global faces possibly more known and admired than him. In addition to these projects, there is a list of international institutions that have awarded Shahrukh Khan with honorary degrees and to which he is invited as the guest of honour for the commencement addresses. Most of it happened in the current decade.

Now it can easily be argued that Indians constitute 43% of the world’s population and they could be the most profitable market to be tapped. This makes Indian stars more marketable on global platforms. However, it is not so difficult to understand that this is far from the only reason for Khan’s global appeal. As we have noted, his stardom extends beyond borders, ethnicities, and cultures. An example of that is my own experience. Just a month ago I was sitting in a room full of academics when we started a discussion about the globalization of cinema and transnational movements of Korean, Turkish and Indian soap operas. It became a discussion on the re-imagining of stardom in the post-globalization age of media, after which everyone started talking about their favourite stars. The moment I took Shahrukh’s name, everyone in the room knew who I was talking about and my audience included an Australian professor, a Peruvian archaeologist, a Turkish historian, and an Italian anthropologist. Therefore, in my opinion, it is his charisma that not only makes his stardom timeless and non-territorial but also keeps the memories and nostalgia of his prime time alive and sustainable in a very unique fashion.

In addition to holding on to the prestige of being lead actor of the longest-running film in the history of Indian cinema DDLJ, Khan continues to be the romantic ideal of not only the millennial generation that grew up watching his biggest hits but also the following generations because of the unmitigated popularity of his 1990’s and 2000’s movies.

Those movies made him King Khan. Despite their unconvincing plots, larger-than-life depictions and sheer political incorrectness in the post-truth, post-human and post-modern era, they continue to entertain diverse audiences and they still serve to fuel Khan’s unquestioned charisma.

Tags:
Previous Article
Uniting Under The Chinar Tree
Next Article
Unelected Institutions Will Have To Let The Political Process Assume A Life Of Its Own