On Tuesday, Dr. Khan and assistant professor Dr. Ziauddin Afridi exchanged heated words after a meeting chaired by Prof Nausherwan Burki, in which Dr. Afridi allegedly threw eggs at Prof Burki. Hisham Khan’s guards are said to have physically assaulted Dr. Afridi later, which resulted in injuries to the neck and head of the surgeon.

An FIR was lodged against Dr. Afridi and three others for throwing eggs at Dr. Burki. However, no action was taken against Dr. Khan. The health minister maintained that he had acted in “self-defense”. He also accused Dr. Afridi of holding a ‘sharp object’ in his hand. 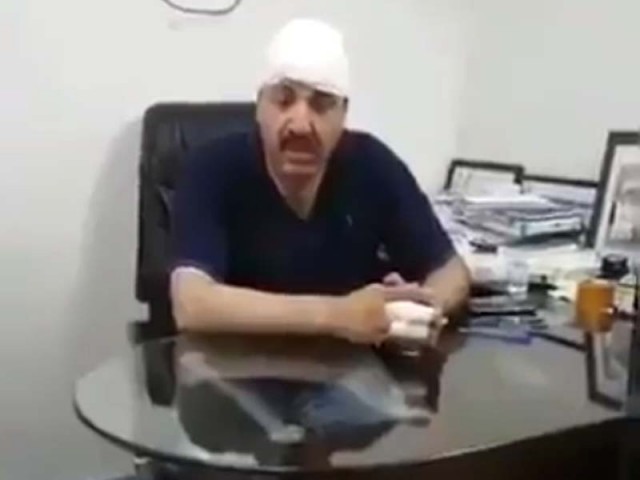 Dr. Afridi, on the other hand, said that Dr. Hisham had used abusive language and ordered his guards to beat the surgeon.

The doctors in Khyber Pakhtunkhwa on Wednesday decided to go on a province-wide strike in all hospitals and private clinics after the police failed to register a case against the provincial health minister Dr. Hisham Inamullah Khan and his security guards for allegedly thrashing an assistant professor, Dawn reported.

“We will continue the strike until police register FIR against the health minister and his guards,” Dr. Siraj, a member of the Khyber Pakhtunkhwa Doctors Council (KPDC), said. He added that the decision was taken by the body during a meeting held earlier today.

“All doctors are on the same page [on this matter] and demand a fair inquiry,” he said.

Tags: Donate To Naya Daur
Previous Article
Father In Pakpattan Kills Daughter Over Not Waking Him Up For Sehri
Next Article
Senate Panel Summons Human Rights Secretary over ‘Misuse’ of NAP funds, Calls for Withdrawal of FIRs Registered Against PTM Workers