An Artist, A Revolutionary: Who Was Jamil Naqsh?

Naqsh trained as a miniaturist under former National College of Arts professor Ustaad Haji Sharif in Lahore starting in 1953. He left the degree without completion because he believed that the experience he gained was more important than the qualification.

Naqsh’s highly prized paintings of women, pigeons, and horses gave Pakistan’s arts industry an identity of its own. Naqsh’s entire life was devoted to art and painting. Back in the 1970s, when there were no art galleries in Karachi, Naqsh and a friend of him would often go to the American Embassy’s library in which all sorts of art books were available. There, they would spend hours reading the books, completely absorbed in them. 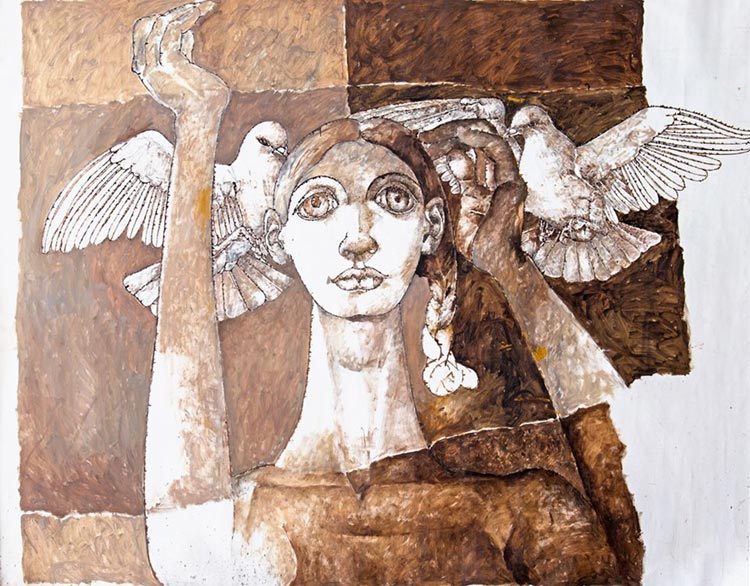 Jamil Naqsh’s ‘An Homage to the Ethereal Beauty’.

Much of his work revolves around the female form that he had perfected over the years and pigeons. He painted women, often integrating it with the elements of horses, pigeons or children. Jamil Naqsh grew up seeing pigeons flutter around in his courtyard. So much of his work included drawings of pigeons

He was an accomplished draftsman and has left behind a large body of figurative drawings. His works can be found in collections worldwide. Jamil even has a museum to his name, which houses his work, including the series from ‘Pigeon and Woman’ of the 1970s and ‘My Fisherwoman Of Mohenjo Daro’ in 2019. 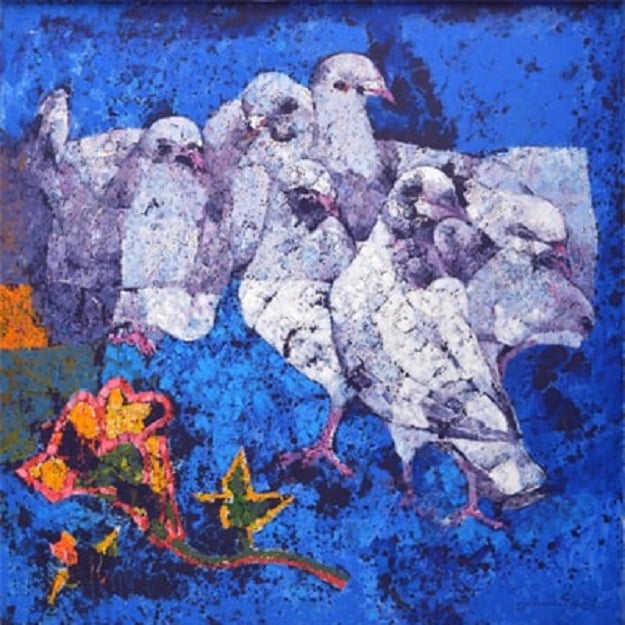 Since the 1990s, Naqsh had been living in London where he met very few people. His entire energy and time were focused on painting, and he did so like no other artist could. Jamil helped many young people by allowing them to work in his gallery.

For his amazing career and work, Naqsh was awarded the Pride of Performance in 1989 and the Sitara-e-Imtiaz in 2009.