Ethics mean rules and principles or the science of morals and behaviour. Ethics is a part of life and is obligatory for all human beings. The character of human beings can better reflect their personality than a mirror.

Through better ethics and character, an enemy can be turned into a friend. But with a poor character, even friends turn into enemies.

The Holy Prophet(SAW) said: “The best man is he who is best in conduct”.

The following are some aspects of ethics taught to us by the Holy Prophet (PBUH) that Allah has asked us to follow.

The first aspect of ethics is ‘brotherhood’ and it should be followed by every human being.

The Holy Prophet (PBUH) said Muslims are like the parts of a building and each part supports the other. It is clearly stated that we should support each other either in joy or in sorrow. The bond of brotherhood should be firm and resolute like a tissue which combines with cells and they work together as a whole. 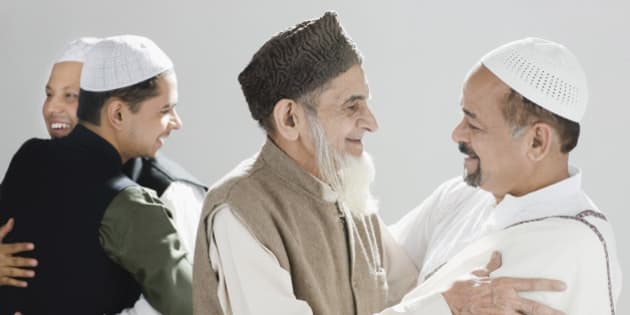 It is universally accepted that without truth, a harmonious life cannot exist. The Holy Prophet (PBUH) is the prime example of truthfulness. He said: “Be truthful; for truth leads to piety and piety leads to paradise”.

Such was the superiority of his character that even the worst of his enemies would not challenge his truthfulness.

To forgive or pardon a person is an act of moral quality that Allah Almighty adores. We should take pity on the poor and forgive the wrong doers. Forgiveness creates peace and comely friendship and helps to circumvent the goodwill of enemies.

Kindness has a fundamental importance in Islam. It’s attributed to Allah Almighty because He is Kind-Rahman and Rahim; so it is essential for all the human beings to make kindness a party of their lives too. Allah says: “Show kindness to the creatures on Earth so that Allah may be kind to you”.

The word tolerance has many different meanings; it is the ability to be fair and understanding to people whose ways, opinions etc. are varied from one’s own; or it means forbearance and that is self-control.

In life, everyone faces many difficulties and passes through egregious situations but we should avoid taking revenge and be patient.

The Holy Prophet (PBUH) was treated badly, abused and ill-willed actions were committed against him by pagans but of all of these he bore it and prayed for them to be shown the right path.

We all have heard the fiction story ‘honesty is the best policy’. An Honest person can create a happy and balanced society but a dishonest person has an adverse effect on all the entire community. Dishonesty strengthens when people lose faith in each other and suspicion milieu overcasts on that area.

We should live in equality without discrimination of caste, creed, colour or status. There is no preference on the Arab over the non-Arab. All human beings are equal in the eyes of Allah.

The Holy Prophet (PBUH) did not have any special seating arrangements for himself in the mosque but he would like to sit with ordinary men and it’s the great sign of equality.

Respect and honour can be earned through fulfillment of promises. We should be loyal and never break our promises even with our worst enemies. It is the glorious quality of a true believer.

The Holy Prophet (PBUH) said: “He who does not keep his promises has no religion”. Co-operation and helping each other also depend on this quality.

Muslims should lead a balanced and moderate life. We shouldn’t be extravagant nor should we be miserly.  The Holy Quran says: “Make not thy hand tied to thy neck nor stretch it forth to its utmost reach. (17:29)”.

How to recite the Holy Quran

May Allah give us the strength to perform better reforms in this world. Best of luck.

The writer is Studying at Government Post Graduate College Bannu. He takes keen interest in writing on social, political and academic issues. He aspires to become prolific writer and serve Pakistan by joining the civil services through CSS.He is a staunch nationalist and patriot.