Iranian boxer Sadaf Khadem scored an impressive victory against Anne Chauvin in an amateur boxing bout in France, but has cancelled her trip back to Iran because arrest warrants have been issued against her.

Khadem plans to stay in France because arrest warrants have been issued against her in Iran for ‘dressing inappropriately’ during her boxing bout. Khadem was bare-headed and wore shorts for the bout in Royan. 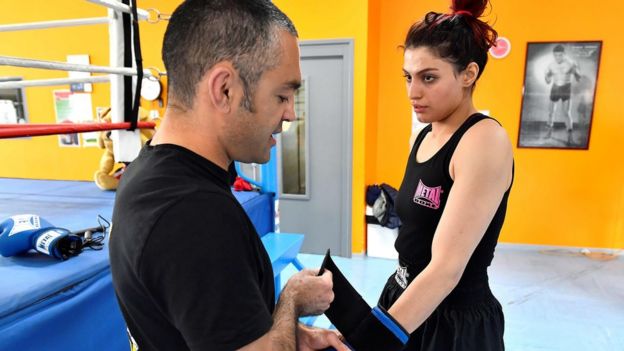 “I was fighting in a legally approved match in France, but I was wearing shorts and a T-shirt, which is completely normal in the eyes of the entire world. I didn’t wear the hijab and I train with a man” she said, adding that this ‘confounded’ the laws of her country.

The Iranian Boxing Federation has also distanced itself from her saying that Khadem was not registered. “She is not a registered athlete with our federation and therefore, all her acts are private,” the federation said.

Khadem’s coach Mahyar Monshipour said that he had received ‘strong’ information regarding the arrest warrants via a text message. 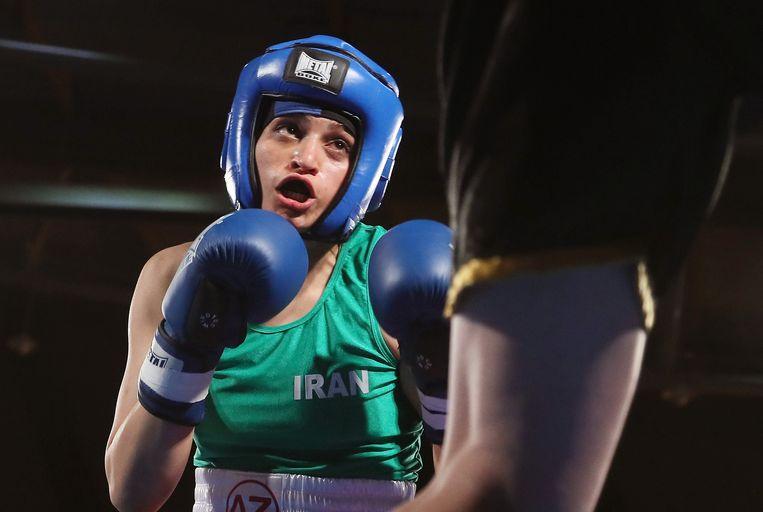 Khadem in action during her first boxing bout.

But none of it deters Khadem who said she wants to inspire other women to pursue boxing. “I want to improve as much as possible, go as far as possible and show other Iranian women that they can taste this sport,” she said.

She was also charged with being involved in anti-state activities, insulting the supreme leader and spying. Sotoudeh’s husband, Reza Khandan, wrote on Facebook that the sentence was decades in jail and 148 lashes, unusually harsh even for Iran, as crackdown on dissent continues in the country.