More than 200 Pakistan Peoples Party (PPP) workers were arrested as clashes between them and the police erupted outside the National Accountability Bureau (NAB) headquater in Islamabad.

PPP leader Qamar Zaman Kaira confirmed that over 200 party workers were taken into custody while around 50 others were missing. 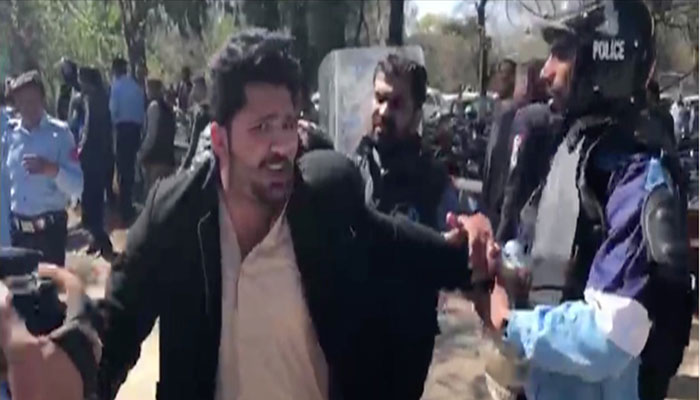 The workers had allegedly pelted stones at the police officers. One police official is said to have been wounded.

Kaira condemned the arrests and demanded immediate release of party workers. PPP Secretary General Nayyar Bukhari also demanded the same saying that police arrested peaceful workers who were there to welcome their leaders.

PPP workers had been arrested along with my father @Javediqbalppp . This is unacceptable at any level. You can torture us, you can arrest us, but you can let us down in our ideology. Band karo ye kala qanoon. #NABGardiBandKaro pic.twitter.com/YkbyNS0rxC

PPP leader Saeed Ghani, who was present outside the NAB headquarter, accused the police of assaulting some workers before arresting them. He demanded action against the police officers and demanded immediate release.

Bilawal and Zardari are being quizzed by the NAB officials in connection with the Park Lane Estate probe in the ongoing fake bank accounts case. Bilawal is being inquired by a 5-member team while Zardari is being quizzed by a 11-member probing unit.

Tags:
Previous Article
‘Only Love Can Make You Do That’: Ambreen On Husband Naeem Rashid’s Sacrifice
Next Article
4 Pakistanis Nominated Among ‘100 Most Beautiful Faces’