Tired of forgetting his ID card number every now and then, a man in Vietnam tattooed it on his arm.

According to reports, the young man from Vietnam had to take out his ID card every time to purchase cigarettes and alcohol and he was tired of it.

To make things easier and quicker for himself, he tattooed the ID card on his arm so he would not have to take the real one out for purchasing.

It was also said that recently he was not allowed entry into a nightclub in Ho Chi Min City because he could not produce his ID card and recall his number and could not prove that he was over 18. This had him lose his patience and make the decision of a lifetime. 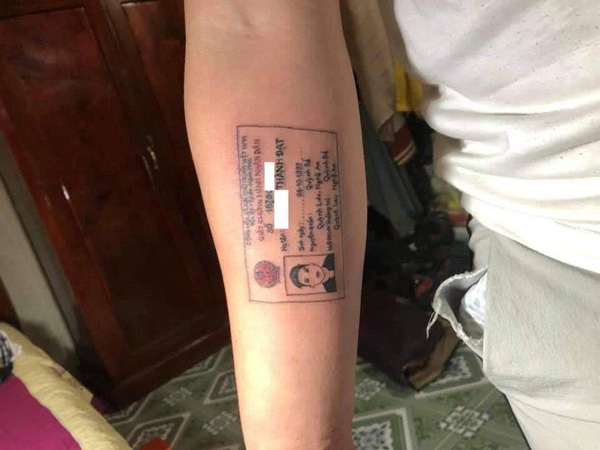 The picture has gone viral on social media and people are calling his tattoo ‘unnecessary’ and ‘ugly’.

The tattoo artist said that this was the first time he had produced something like this and called the idea ‘bizarre’. He also said that it took him 1-hour to complete, which was a lot of time considering his speed and expertise.

But at least people now know what to do when one keeps forgetting their ID card number.