Information Minister Fawad Chaudhry made the announcement on Sunday, saying that the scheme aims to provide free healthcare worth Rs7-9 lac to the poor and deserving individuals. 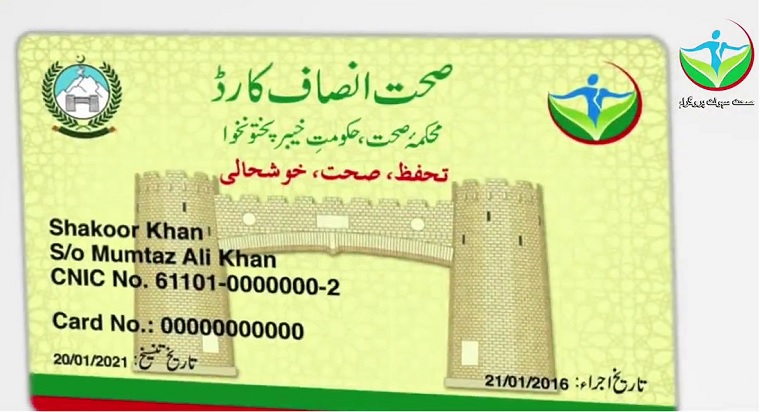 This is how the Sehat Card will look like.

The initiative aims to provide poor families with free of cost health insurance worth Rs 720,000 from enlisted hospitals. 15 million families countrywide will be issued the Sehat Card through a computerized mechanism.

The Sehat Insaf Card was first introduced in the Khyber-Pakhtunkhwa in April, 2017. The scheme benefited around 15 million people in the province.

Advertisement of the Sehat Insaf Card in KP.

While Social Media users are lauding PTI for their initiative, some also believe that the PTI is ‘copying’ and ‘renaming’ the National Health Program which was launched in 2015 by the then prime minister Nawaz Sharif.

According to PML-N’s policy in their tenure, every card holder could avail health facilities worth Rs0.3 million per year; however, in case of exceeding the card limit the patients were provided financial assistance by Baitul Mal.

‘The more I read about the Sehat Card, the more I am impressed’

The more I read about Sehat Insaf Card initiative, the more I am impressed. Every year, approximately 150,000 new cancer cases emerge in Pakistan. Cost for cancer treatment exceeds a million per patient. Imagine the financial burden of the cancer-stricken family.

‘Good step if the government can finance all this’

Existing health insurance programme launched by PMLN in 2015 renamed and relaunched by PTI as its programme. Can anyone explain what exact changes were brought to existing programme? Also didn’t PTI criticise such party promotion activities in the past? https://t.co/fJSM1VkwhO

‘The scheme could cost 10 times the health budget’

Addressing a press conference, Federal Minister for Health Aamir Mehmood Kiani said that the cards have been launched after the initiative made good progress in KP.

Kiani added that the card would also offer Rs10,000 to the holder’s family in case of accidental death so that the family could bear the funeral costs, reported Dawn.

He also said that no government in the history of Pakistan has made such an investment on underprivileged members of the society.

Tags: Donate To Naya Daur
Previous Article
What’s the difference between us and those we criticize?
Next Article
Protests In Sindh As 13-Year-Old Girl Shot Dead Over ‘Honour’