The Islamabad-based fighter, who trains out of Fight Fortress, scored her first MMA win after beating Indonesia’s Gita Suharsono via unanimous decision in Singapore. 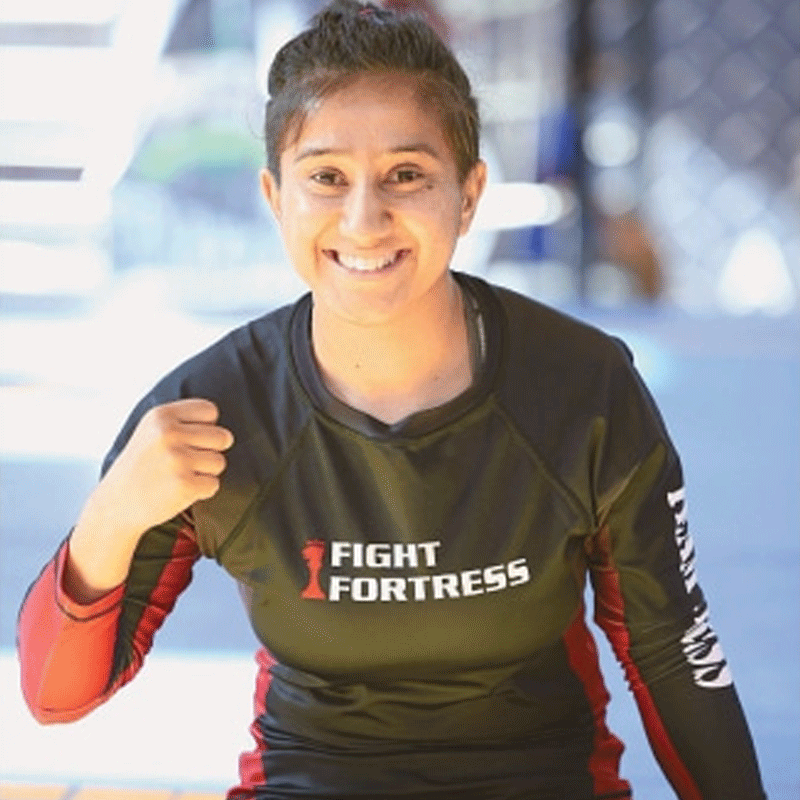 Though her opponent had a good reach advantage, Anita’s south-paw striking caused problems for the Indonesian fighter. The Pakistan fighter inflicted decisive damage on her Indonesian counterpart on counterattacks and was declared victorious on score cards of all three judges.

Anita, who holds a 1-1 MMA record now, lost her debut fight against Bali-based fighter Nyrene Crowley after initially knocking her down via a smashing left-hand strike. Crowley spent most of the first round defending the barrage of strikes from Anita but later recovered and won the fight in the second round.

Karim fights out of Fight Fortress in Islamabad, which was rated as the best MMA gym/training centre in Pakistan by the PakMMA. Coach Ali Sultan was also named coach of the year in Pakistan’s inaugural MMA awards giveaway.

MMA is a relatively new sport in Pakistan but continues to grow at tremendous heights. Though male dominated, fighters like Anita are paving way for other women to pursue the sports too. She said she wanted to show the world that girls can fight too. “I wanted to beat the stereotypical thinking that girls are not strong enough.”