Men In Saudi Arabia Are Using An App For Tracking Women A controversial app is being used in Saudi Arabia by which male guardians can keep a track on their wives, daughter and women in particular.

The app has been developed by Saudi developers and is called ‘Abshar’. The app has caused an outrage in many circles, especially among women rights activists, who demand Play Store and Apple Store to take the app down. 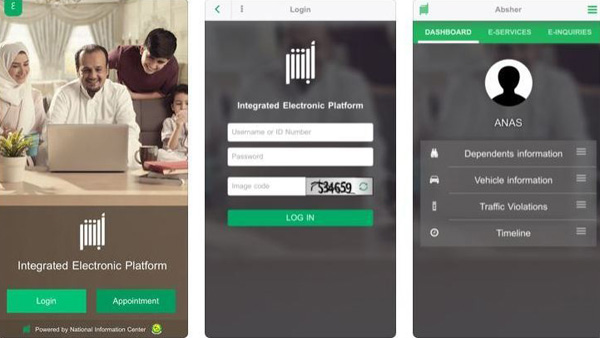 Screengrab from the app.

The government-backed mobile app reinforces the country’s system of male guardianship — which requires women to seek approval for things like traveling and getting a job. Women are required to seek permission for travelling, moving out of the house or for travelling abroad.

Despite outrage and criticism, many Absher users in Saudi Arabia have defended the app saying that it saves them hours of bureaucracy and ultimately makes travel easier for many Saudi women.

Amnesty International Representative in Saudi Arabia Dana Ahmed has criticized the app saying that it aims to limit the freedom of Saudi women. “This app aims to limit freedom of women, and this goes on to show that Saudi men want to dominate their women,” she said.

While the Saudi government reps have not told the exact number of times the app has been downloaded, experts believe that it exceeds 1million downloads. The app can also be used to pay bills and transfer funds.