‘It Is Going To Be A War’: MMA Fighter Furqan Cheema Readies For Pro-Debut In UK

Pakistani mixed martial arts (MMA) fighter Furqan ‘The Lion’ Cheema is set to fight in the United Kingdom against a tough opponent in Daniel Hunter on March 16 in Bradford. Though his opponent is quite skillful, Cheema believes he has enough in his arsenal to overpower the UK-based MMA fighter.

Furqan hails from Rawalpindi but has been training in Bradford for quite some years. He holds a stunning 9-1 amateur record and also holds a 2-0-0 boxing record. 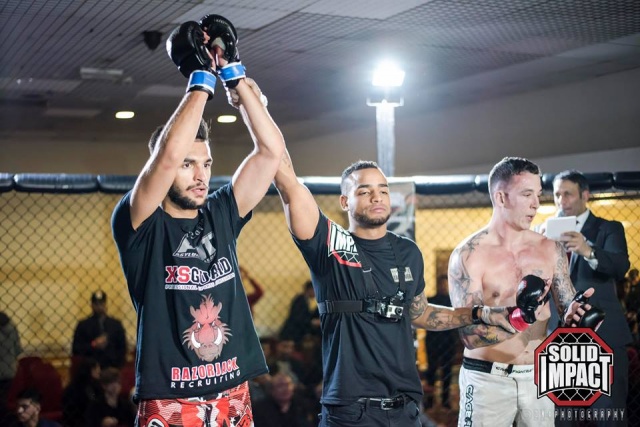 About his bout, Cheema said he has studied his opponent and believes that it would be a stand-up match because both fighters have a striking background. He added that the spectators should expect a boxing match, and it could either be a long brawl or a quick finish.

“I can’t wait, it is going to be a war”, Cheema said, adding that he is not underestimating his opponent and has full confidence in his abilities.

The 28-year-old also spoke about his training camp saying that it was all going smooth. “The fight camp is going very well at KBW, Team Hanson and Gracie Barra. We have all the tools to win. I believe in my coaches and have the best people around me. I will give my 100 percent. This is just start of a journey InshAllah.”

He thanked his coaches including Tanny Hussain of KBW, Jay Hanson of Team Hanson and Jamie Paxman of Gracie Barra.

Furqan will make his pro-MMA debut at Combat Challenge on March 16.

Furqan’s manager and owner of Prime Sports Management Muhammad Rizwan Ali said that he believed Cheema was ready for pro-MMA debut now. He also hinted that Cheema could well be on his way to either ONE Championship or Brave Combat Federation in the near future.

The Pakistani fighter comes from a household of fighters and champions. His family successfully runs the KBW (Khalid Bin Waleed) boxing gym in Dewsbury.