From A Bullied Kid To MMA Hero: A Look Into Mehmosh Raza’s Inspiring Rise

Pakistan’s MMA fighter Mehmosh Raza will be making his second appearance in Brave Combat Federation next month against a very tough Rolando Dy, but the Islamabad-based young prospect has overcome tougher challenges throughout his life. Naya Daur reached out to Mehmosh before his big-fight at Brave on March 15 to learn more about the man himself.

I mean you can’t blame them, I was a Muslim kid in Ireland. I was pretty Irish, and spent 4-5 years there, but it was no joke. You have to know how to fight there. That’s where I had my first fight. Raza during his school days in Ireland.

When I came to Pakistan, I was still an outsider. I could not speak Urdu very well and had to learn it later on. For that very reason, I was bullied and of course, there comes a time when you loose temper. So, that is what I did, I punched them in the face. Though it’s not something to be proud of and has changed now.

I think since I started MMA, I haven’t gotten into a single fight.

On Developing Love For The Game, Unsanctioned Fighting and Entry Into Pro-MMA

When I was young, a friend of mine came from Canada and brought along some cassettes of UFC fights. He kind of got me hooked. My parents still blame him for it (laughs). Later, I started to watch Pride Fights and Wanderlei Silva was the one I fell in love with.

4 years ago, I met a guy who told me about MMA gym Fight Fortress. The gym had events that were called Beatdowns and had smoker fights which would happen at the roof of the building. Although, I had no prior experience, I still signed up for the fights. It did not end up pretty well for me. I got beat really bad.

The very next day I ended up joining the gym, joining Fight Fortress where I stayed for quite a while. Honestly, I believe that I was a different person before I started MMA, and now that I’m pretty deep into it of course, it definitely has changed me 100 percent. 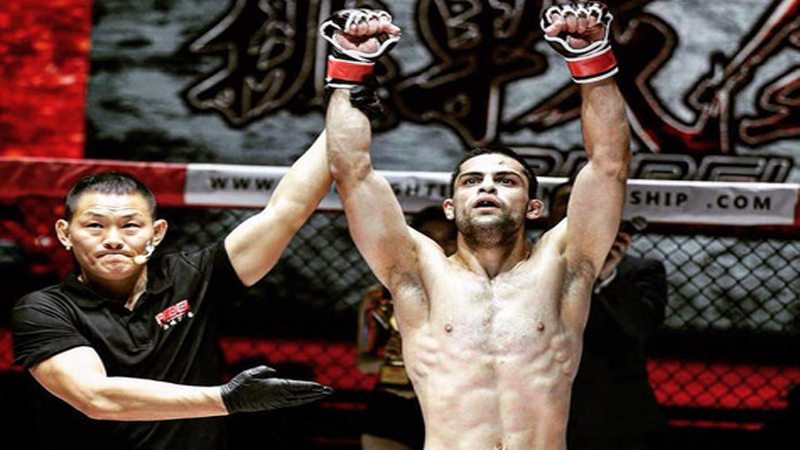 I believe the sport is way more than two men swinging at each other. It opens you up to a whole new range and set of emotions that nobody would ever even feel without having to go through this sport or the training or the fight itself is something else.

On What MMA Taught Him

MMA and the martial arts teaches you so many life lessons. It’s safe to say I’m completely in love with it, and of course I have a dream of where I want to be at a certain point in my life and I feel like I will get there InshAllah. I just need to keep working hard.

There are 2 outcomes to everything, either you get what you want, or you get something better. That’s just the way it is. You just have to have faith.

BRAVE CF 22: Storm of Warriors take place on March 15, at the Mall of Asia Arena, in Manila, Philippines. The event will be the first one promoted in the country by Brave Combat Federation, the premier Bahrain-based organization founded by His Highness Sheikh Khalid bin Hamad Al Khalifa.

Yeshel Asif
Tags: Donate To Naya Daur
Previous Article
Pakistan Has The 6th Largest Contingent In The UN Peacekeeping Forces And Now 15% Are Women
Next Article
Pakistanis Believe Karachi Is The Dirtiest City In The Country: Survey