Chris Gayle Surpasses Shahid Afridi As Player With Most Sixes

West Indian powerhouse Chris Gayle has surpassed Shahid Afridi to become the cricketer with most sixes in the game’s history.

During a One-Day International game against England at The Oval, Gayle smashed 12 sixes, including a monstrous 121 metre strike to surpass Shahid Afridi becoming the cricketer with most sixes in all formats of the game.

🔊It's even better when you mash every six with an epic orchestral track 🎼 pic.twitter.com/KVb1lM0oOI

Gayle’s updated tally is 481 while the Pakistani superstar is now second at 476. Gayle went on to score 135 runs from 129 balls with three fours and 12 sixes coming into his inning. That is 84 runs coming from 15 balls in just boundaries.

He also achieved the feat in just 444 games. Shahid Afridi has 476 sixes in 524 international games. Breaking down Gayle’s tally format-wise, he has struck 276 sixes in the ODIs, 103 in Twent 20 International and 98 sixes in Test cricket.

That's two sixes now from Gayle that have gone clean out of the stadium. Haven't touched a thing. Soaring over the roof!!

New Zealand’s Brendan McCullum is third on the list of cricketers with most sixes. His total is 398, while Sri Lankan legend Sanath Jayasuria is fourth with 352 sixes and India’s Rohit Sharma is fifth with 349. 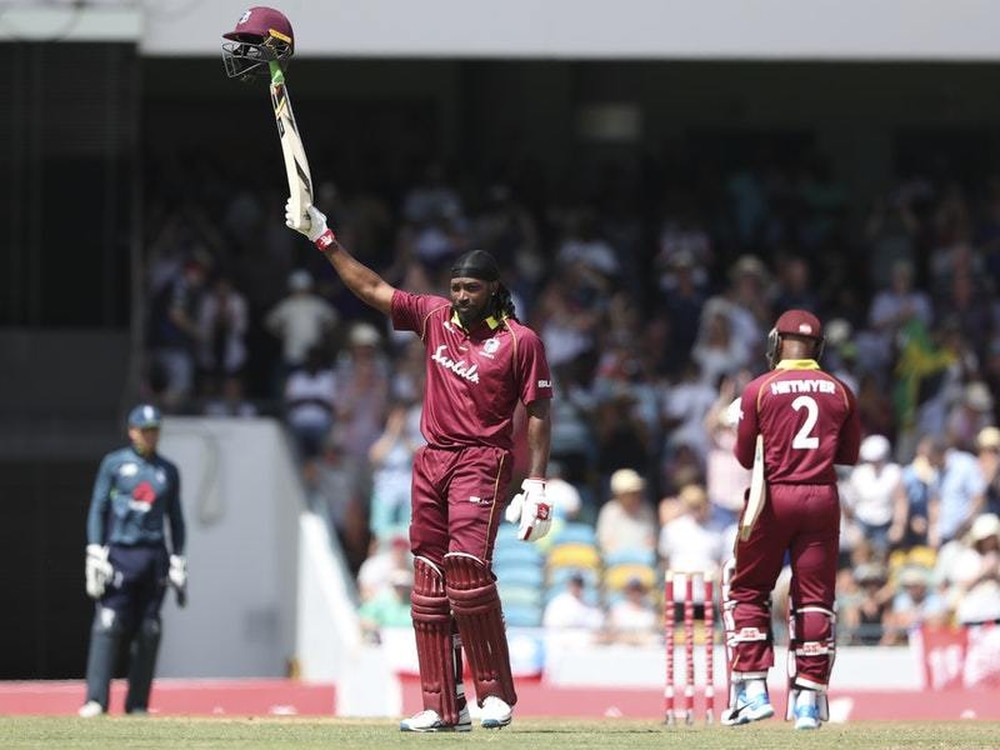 Gayle struck 12 sixes to reach a total of 135 runs against England.

Announcing his retirement, he also warned the English bowlers of what to expect during the ODI series. He said: “I don’t know who is going to open the bowling for England, but any bowler is going to beware of Chris Gayle,” he spoke in third person.

Gayle said his age (39) was nothing to worry about. “They are going to be saying ‘yes, he’s got some grey hairs in his beard, let’s get him now, this is the perfect time to get the universe boss now he is 39,” he said.