So to say, they know how to protect themselves in problematic situations, even if it means lying. Now, some lies are so expertly put forward that you believe them, while others are plain hilarious.

Here are some of the common lies children tell their parents and make them believe.

“We have not received the report card yet”

If you are reading this, we are pretty sure you have done this too, unless you were a topper and didn’t need to hide the shame of failing mathematics. 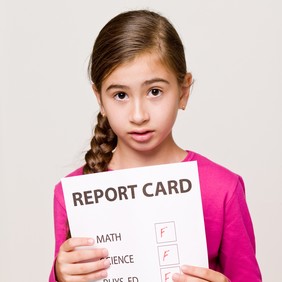 Children with bad scores would usually use this lie, for some time, to save themselves from the wrath of parents. Even though they would have the report card in their bags, they would say otherwise.

“If you let me have XYZ, I won’t ever ask for anything else”

If you are parent, you better not believe your children when they are saying this. Because two days later, they will be asking for something else.

“I am too sick to go to school today”

We have all hated school at one point or another in our lives, specially on days when the teacher would take written tests, and God forbid oral ones. We never liked it, did we?

So we used to fake sickness. Even to this date children use this centuries old trick, though a bid modern techniques also come handy. But being sick always works, specially on mothers. Kyunki Maoon Ka Dil MOM Jesa Hota Hai.

“I will do it tomorrow”

Whether it is homework, or a household chore, doing it tomorrow is always the best way to do it. But as they say, tomorrow never comes. And it really does not, because there is tomorrow after everyday, so we are never sure which tomorrow we are talking about here.

We have all fought with our siblings, cousins and friends, and mind you those were some violent battles.

But did we ever admitted our mistakes? Not a chance. ‘He started it’ is and forever will be the safe zone. And trust us, parents will always trust their children more than those of others.