Former Prime Minister Nawaz Sharif has been unwell and fighting with heart disease. He recently suffered from angina attacks but according to his family and party, he has been deliberately not shifted to the hospital by the government authorities. On the other hand the Pakistan Tehreek-e-Insaf government claims that everything is fine and Nawaz Sharif is not facing any health threat. In order to find out the real nature of Nawaz Sharif’s health problem, Naya Daur contacted his personal physician Dr Adnan Khan. 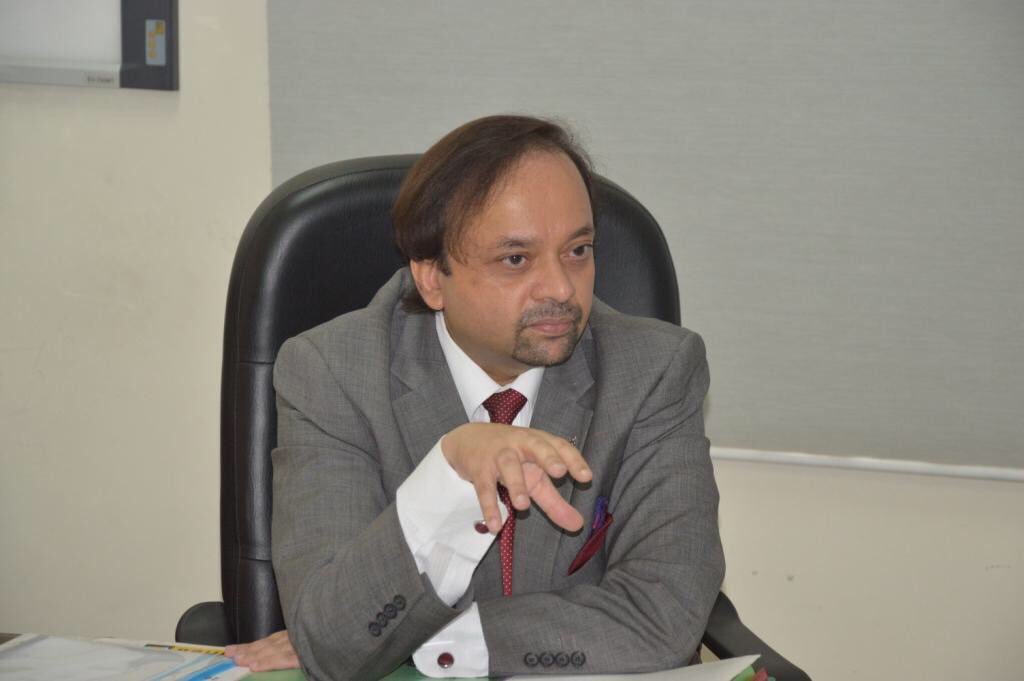 Question: The Punjab government has shared the medical report of Nawaz Sharif and its ministers are saying that there is nothing to worry about the former PM’s health?

Dr Adnan Khan: They have shared two reports with us, one from Allama Iqbal Medical College Jinnah Hospital and the second one from Punjab Institute of Cardiology. They have not shared the complete report of the PIC board. Allama Iqbal medical board has categorically stated that Sharif has uncontrolled hypertension, poor control of diabetes, advanced kidney disease and underlying ischemia and alignment as well. And the board of Allama Iqbal Medical College concluded that it would be better to shift Nawaz Sharif to hospital.

Are you allowed to meet him to check his health or you can only meet him every Thursday?

I can only see Nawaz Sharif on Thursday of every week. They allowed me to meet Nawaz Sharif once when he was taken to Punjab Institute of Cardiology and the day when Allama Iqbal Medical College board was examining ex-prime minister. Otherwise I don’t have permission of seeing Sharif.

Punjab Government said that you should consult the concerned authority to get the permission.

They said that I should request Superintendent Jail. I have requested him but till now I have not been given permission to see him.

What about Sharif’s kidney disease?

It is in advanced stage. His collateral and urea level are raised and Jinnah Hospital and Allama Iqbal Medical College have given this report in writing.

Now Punjab government has constituted another medical board; are you satisfied with this development?

Look the earlier PIC medical board mentioned that there is a moderate partial irreversible inferolateral ischemia. There is a lack of blood supply. In May 2016 Nawaz Sharif went through a heart surgery. He received 4 graphs of surgery. After a while, we came to know that one of the 4 graphs was not working.

So do you want the government authorities to shift Nawaz Sharif to the hospital and his graph should be changed?

Ideally, he should be hospitalized and active diseases should be stabilized and then he should be further investigated. Most probably intervention angiography and caps procedures should be conducted, so we can understand that if the blockage exists then where it actually is, what extent of blockage is this and how it should be treated. The PIC requested for the larger board. They have not discussed further management or probably they would have written but it is not shared with us. In the larger medical board, the cardiologists from AFIC, RIC, and PIC are included. Let’s see how it goes about.

As you are his personal physician, is the government not bound ethically to share Nawaz Sharif’s medical reports with you?

I have requested them time and again. Maryam Nawaz has also requested them to share the detailed reports. The medical board of Allama Iqbal Medical College they constituted, compiled a report on 17th of January. I gave applications to the chief secretary and secretary health and on 22nd, the report findings were shared with us. The reports of PIC board details have not been shared with me. I have written a letter today to the authorities to share the latest findings and reports of the PIC medical board. Ideally, they should share these reports with me and with Nawaz Sharif and his family. See, this is not rocket science. If you go to a doctor for a medical test, it is your and your family’s right to ask for the report of the test. I requested the authority in presence of Nawaz Sharif to share the reports and images of the x-rays of Mr Sharif so we can show it to some other doctors as well and get the second opinion. It is a right of the patient to get the second opinion from other doctors. It is the prerogative of the patient but we have been denied this right.

What are your concerns now and should Nawaz Sharif be hospitalized immediately?

He should have been admitted to hospital when he was having Angina attack. He has had more than one episode of angina. He shared it with me when he went to PIC for the investigation. He was walking with me and he had the angina pain at that time as well. We told the medical staff there that he was having angina. It is documented that Nawaz Sharif was having angina pain. It is tantamount to putting his life at risk. The repeated pain attacks of angina can give him a fatal heart attack as well.

How Do you see Nawaz Sharif’s ability to resist the disease and is he dejected or he is fighting against all odds with courage?

You know that Nawaz Sharif is a very strong man and he has patience, he has seen it all. I often tell people that this shouldn’t be forgotten that he had recently lost his life partner. It was a half a century of relation, and it puts a lot of stress. Then he is almost 70 with multiple diseases like high blood pressure, kidney disease, diabetes, heart disease. He is insulin dependent. Now how they inject insulin in jail, no one knows. Blood sugar is checked or not remains unknown.  From the day one, I was of the view that he was unwell and that he should be kept in hospital.

When he was kept in Adyala Jail, he suffered the same angina pain and he was admitted in PIMS. God forbid, if this lingers on, the pain will increase and it can lead to serious health condition, even a fatal heart attack.

Tags: Donate To Naya Daur
Previous Article
‘Decision Makers Like PTI And Don’t Want Nawaz And Zardari In Politics’: Shah Mehmood Qureshi
Next Article
‘PPP is the future of progressive movement’: Jam Saqi talks about his life and politics in Pakistan