‘Pindi Boys’, ‘Shady People’: This Is What People Think Of Pakistan According To Reddit

Pakistan is a culturally and geographically rich country. It has everything a country ever needs to become a top-spot.

It has mountains, valleys, historic places, beautiful people, four seasons and mouth-watering foods. The unfortunate thing, however, is that we have not been able to advertise ourselves better and are known for all the wrong reasons. 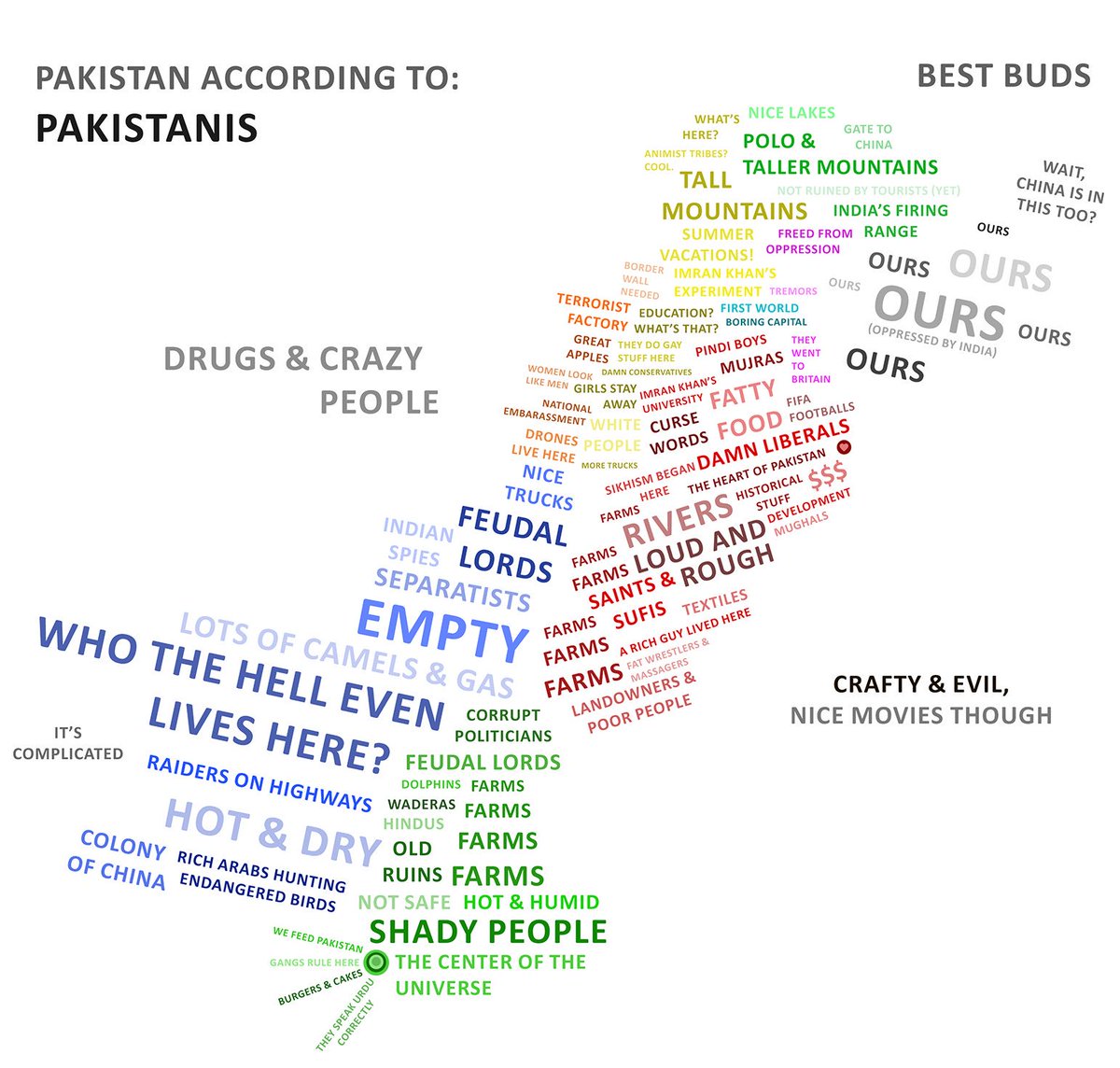 Long story short, Reddit did a thread on Pakistan and people (though Reddit says all of them were Pakistanis but we know the Saazishi internet ?) had a variety of responses. Some were extremely mean, but it also makes us look at the bigger picture.

Among the most common descriptions were these:-

Really? You all have never been to our bazaars or roads during rush hours.

‘WHO THE HELL EVEN LIVES HERE?’

The most amazing people ever. Yes, beat that.

Do you all actually think we are a Colombian cartel? And yes, we are crazy, but for all the right reasons. We are fall-in-love-with-worthy crazy.

Hot and Cute to be honest.

There were also responses like Terrorists (we have heard it before so who cares), Feudal Lords (trust me, not everyone is a feudal in Pakistan), Tall Mountains (MashAllah), Colony of China (CPEC jealousy), Nice Trucks (Beat that) and others.

There were also cool and funny ones. For example.

And we are proud of our farms.

It’s a weird world we live in. Though people have their opinions about us, but at least we know that HAM HAIN PAKISTANI HAM TO JEETAIN GAY HAAN JEETAIN GAY.

Tags: Donate To Naya Daur
Previous Article
From Playboy to Muslim Ummah Leader: Imran Khan In Pictures
Next Article
Pakistani TV channels’ overall ratings are down. What are the viewers watching?