Things are heating up at Brave Combat Federation as arch-rivals Pakistan and India are itching for war inside the MMA cage.

One of the biggest stories of 2018 was the rivalry between the promotion’s Indian and Pakistani fighters as MMA continues to grow in both the neighbouring countries.

What has made things most interesting is Brave’s debut in Pakistan and it’s entry in Hyderabad in India. Both Brave 17 in Lahore and Brave 20 in Hyderabad were groundbreaking.

In his historic post-fight interview, The Renegade called out an Indian fighter for his next bout. A fired-up Mehmosh thanked an equally excited crowd and said it was time the two rival countries went head-to-head in MMA.

“Give me an India fight. Pakistan vs India, who wants to see that?” Mehmosh said as a charged Pakistani crowd responded in affirmative.

Raza raises his hand after beating Arben Escayo in 21 seconds via a Guillotine choke.

India’s Mohammad Farhad, who has three bouts under the Brave banner (with two wins and one loss), has stepped forward and is willing to take the fight against Pakistan’s rising star. 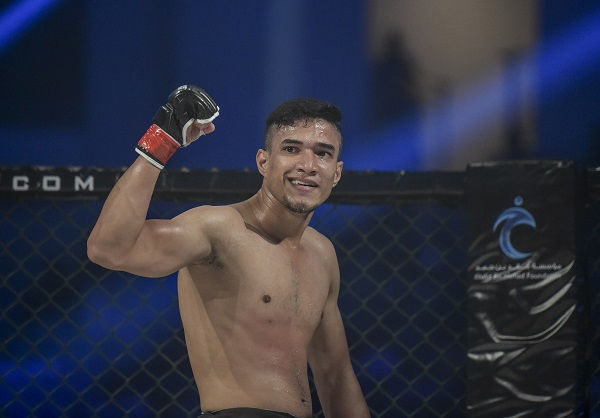 Farhad has fought thrice under the banner of Brave, winning 2 and losing one of the fights. He holds a pro record of 10-3.

Through his personal social media accounts, India’s Farhad has challenged Raza to a fight in the first semester of this year.

Although Raza has not responded yet, his cage interview is enough to believe that Pakistan will face India soon in Brave CF.

And we cannot wait for that.