Pakistan’s MMA star Mehmosh Raza is all set for his second fight under the Brave Combat Federation banner in March.

Raza, who made a promising start to his Brave career by finishing opponent Arben Escayo in 21 seconds at Brave 17, will be up against another Filipino opponent. 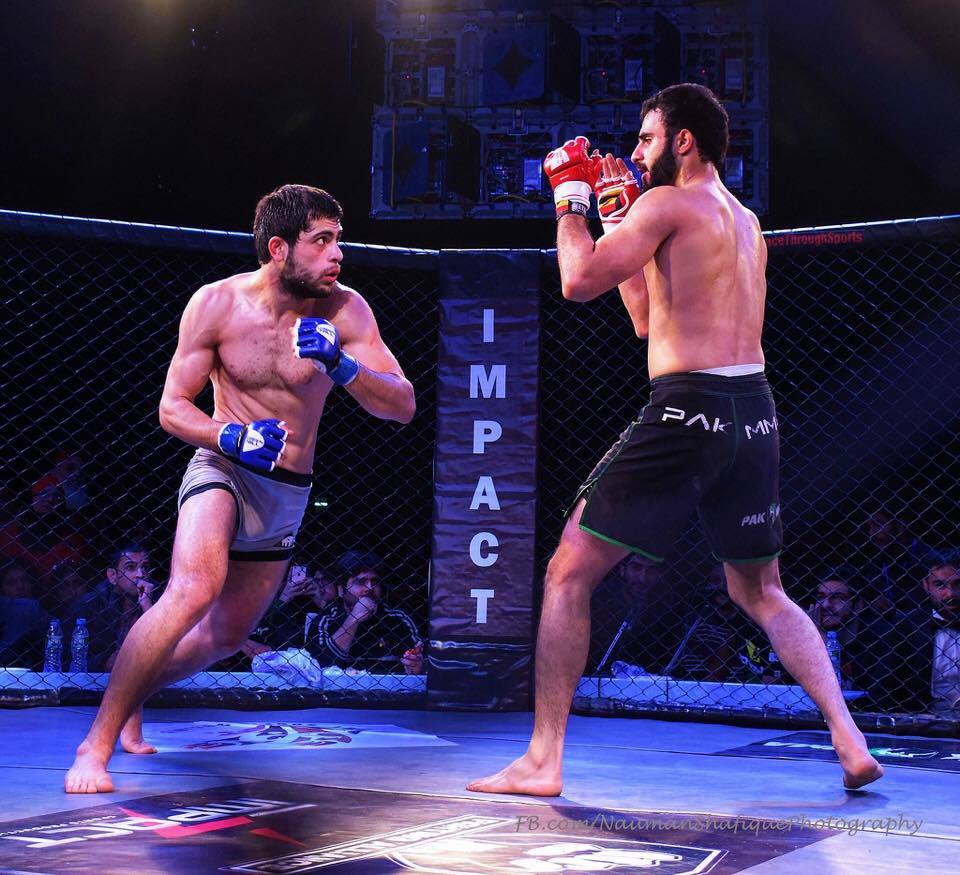 Mehmosh readies for a punch against Haroon Durrani at Fighting Alliance 5.

This could easily be the biggest fight of Mehmosh’s career thus far because he will be facing ex-UFC superstar, Rolando Dy.

Son of the boxing world champion Rolando Navarrete, Rolando Dy has a professional record of 10 wins and 7 losses.

His last appearance in Brave CF set an unusual record which is the fastest No Contest in the history of the promotion. At Brave 5, in 2016, Dy and his opponent Nelson Paes clashed heads within the first seconds of the fight and the bout was then stopped without a winner.

After the episode, Rolando signed with the UFC and had 5 fights with USA-based promotion. His best result was a win over Wuliji Buren in Shanghai, China.

Also read: Things You Need To Know About Khabib and McGregor’s suspension

Dy will be welcomed upon his return by one of the hottest prospects in Asia and Pakistan’s top MMA talent.

Raza was the finest performer on Brave’s debut in Pakistan in October. His 21 second finish earned him Performance of the Night award and the international spotlight that was needed by Pakistan’s MMA industry.

Raza points towards the skies after winning his Brave debut. A stunning 21 second finish via Guillotine choke.

He holds a professional record of 9-3 and would be aiming to improve it to double figures. Though his opponent is more experienced and has more MMA exposure, Raza’s aggression, confidence and heart could prove to be the decisive factors.

Nonetheless, it is not only a huge step in Raza’s professional career, it is also an opportunity for Pakistan MMA to show the world that it is second to none.

BRAVE CF 22: Storm of Warriors take place on March 15, at the Mall of Asia Arena, in Manila, Philippines. The event will be the first one promoted in the country by Brave Combat Federation, the premier Bahrain-based organization founded by His Highness Sheikh Khalid bin Hamad Al Khalifa.