Bad news for Khabib fans. He believes he could be suspended for 1-year

UFC Lightweight Champion Khabib Nurmagomedov believes he could be banned for about 9 months to a year for his brawl at UFC 229.

The Eagle, who fought and beat former champion Conor McGregor in October at UFC 229, jumped outside the cage after provocative remarks by McGregor’s team-mate Dillon Danis and attacked him.

This stirred a brawl between McGregor’s team and Khabib’s friends.

Luckily, the security was already beefed up by UFC President Dana White so things were taken under immediate control before they got worse.

The New York State Athletic Comission, however, has different plans.

It has organized a hearing on January 29, and both McGregor and Khabib are expected to appear. 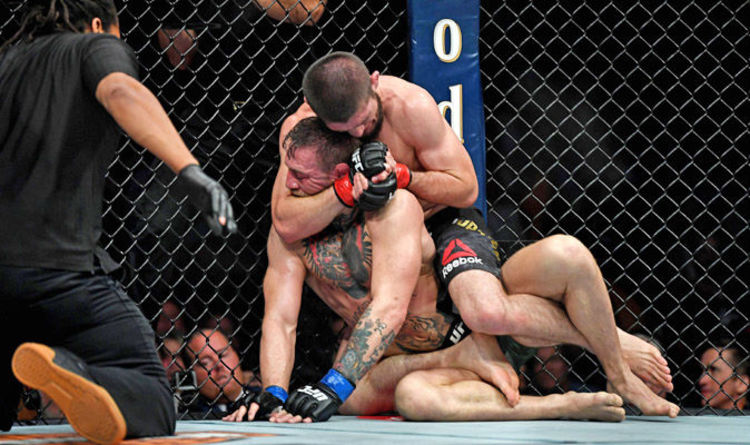 About his possible suspension, Khabib said that he thinks he would be banned for 9 months to a year, and if that happens, he does not know what comes next for him or who his opponent will be once he returns.

“We’ll see, maybe they’re going to give me nine month or one year disqualification and if I don’t fight all year I don’t know what is going to be happening, who is going to be my next opponent,” he said, according to RT.

The Eagle conceded, however, that as a fighter he should control his emotions, but continued jabs at McGregor for being too much of a tough talker.

About his mentality, Khabib said that when he enters the cage, all he thinks about is victory. “I only think about victory.”

Have something to say about the story? Write in the comments sections below