Nigeria-born UFC fighter Kamaruddin aka Kamaru Usman defeated former champion Rafael Dos Anjos in the most dominant fashion at Ultimate Fighter finale on Saturday, scoring his 9th consecutive victory with the promotion and his 2nd against a ranked UFC counterpart.

Anjos, a UFC veteran who holds a 28-11 record, is a former UFC Lightweight champion and has faced some of the best contestants throughout his career with the top MMA promotion. He has faced names like current Lightweight champion Khabib Nurmagomedov, Tony Ferguson, Robbie Lawler, Donald Cerrone and was scheduled to fight Conor McGregor, but the fight was called off due to injury to the Brazilian, who was the then champion.

Usman is teeing off on RDA here in round 5! #TUFFinale pic.twitter.com/qncLrEi9FQ

Usman, who now is 14-1, not only beat but dominated Anjos during the 25-minute fight, with each round identically the same. Though Anjos is a 3rd degree black belt in Brazilian Jiu-Jitsu, he had no answer to Usman’s crushing wrestling except for a couple of submission attempts that did not do quite well either. 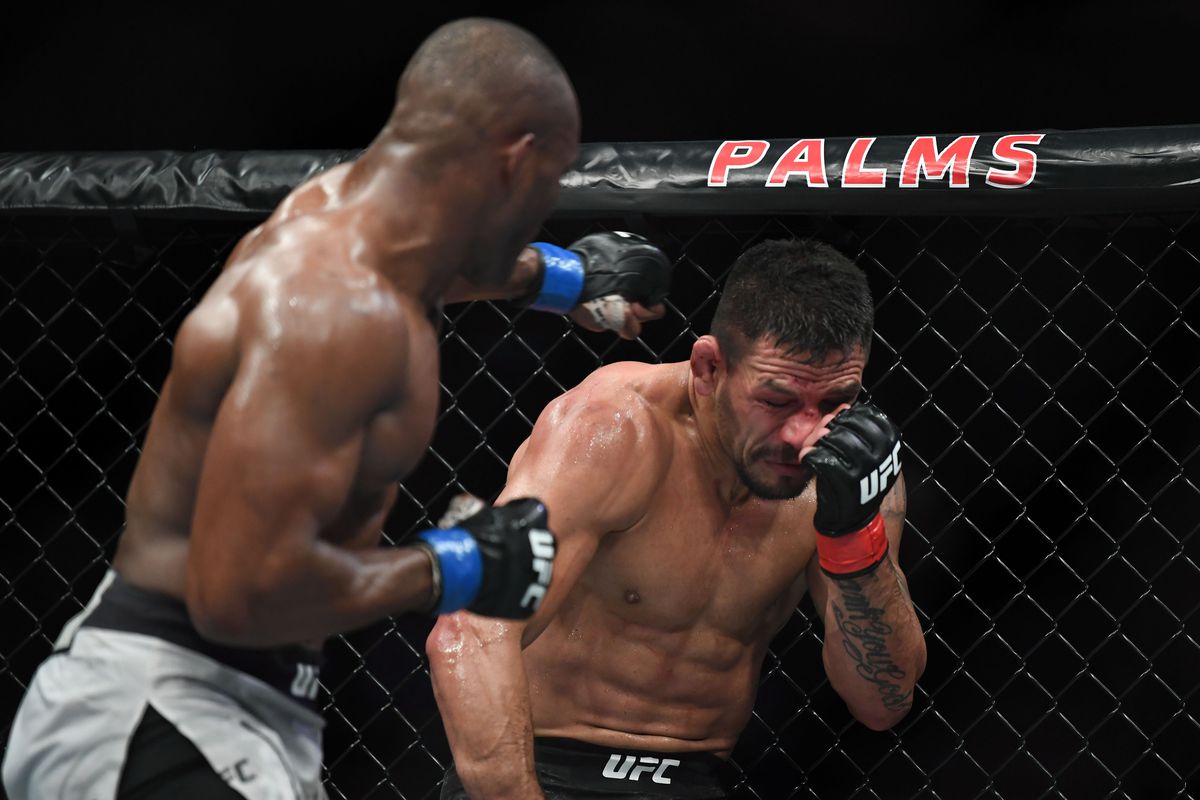 In each of the 5 rounds, Usman landed multiple takedowns and vicious ground-and-pound. More so, he was getting the better of the stand-up exchanges too and looked levels ahead of the Brazilian veteran. He was so brilliant that one of the judges scored the contest an overwhelming 50-43.

With the win, Usman has made his point as the number one contender with only Colby Covington ahead due to the interim belt. The Nigerian was also asked about current Welterweight champion Tyron Woodley, but he said he was tired of talking and that now is the time for some action.

But does he deserve the title shot?

He most definitely does. Not only because he has dominated almost everyone, but also because he has not been tested yet and there are only a few Welterweights that can match the Nigerian Nightmare, one of them being the champ himself; Tyron Woodley.

MMA community on social media is also actively sharing their opinions regarding Usman, his performance and if he deserves the title shot. Here are some of the reactions.

Kamaru Usman shows the MMA world, once again, why few are willing to sign on the dotted line. He's a problem for anyone at 170. Gotta think a title shot isn't far off.

Perfect 9-0 in the UFC. Dominant showing over Rafael dos Anjos. Kamaru Usman already deserved a title shot, but now there's something majorly wrong if he doesn't get the Woodley-Covington winner. #TUF28Finale

25 minutes of absolute domination. As far as statement making performances are concerned, it doesn’t get much more dominant than that. Kamaru Usman is the truth, ladies and gentlemen. He needs to be next in line for a Welterweight title shot, surely. #TUF28Finale

‘Absolutely should get the next title shot’

Kamaru Usman absolutely should get the next title shot after Tyron Woodley vs. Colby Covington.

If the UFC somehow blows that rivalry fight with Woodley and Covington, that might be one of the most bone headed moves in history. #UFC

I scored it 50-44 for Kamaru Usman with the 4th being a 10-8 round. Dominating performance for Usman who will 100% unquestionably deserves the next shot at the 170lb title although I’m sure he will be disappointed that he didn’t get the big finish he wanted.#TUFFine

With UFC’s Welterweight division being one of the most stacked divisions in the promotion, champion Tyron Woodley might have his work cut out, especially when athletes like Kamaru Usman and Colby Covington are itching for a fight. Also, with guys like Stephen Thompson, Darren Till and the addition of Olympian Ben Askren, there would surely be some fun fights in the future.

For now, this is Usman’s moment and only he should be talked about.

Do you think Usman deserves a title shot? Write in the comments section below