Out of school children — Is the government paying attention?

The state of the education sector in Pakistan is abysmal. With soaring rates of illiteracy, unemployment and number of dropouts, the state has a lot to ponder upon. More so when it comes to catering out of school children countrywide.

The problem of out of school children is one that has been made to prevail for years. The entire situation presents a grim picture of innocent and marginalized children whose dreams are being shattered right in front of everyone’s eyes.

Statistics too don’t offer much hope. A recent report revealed that there are nearly 25 million children in Pakistan who are not enrolled in any sort of educational institution. That’s 25 million dreams on the line.

Although it is mandated in the Constitution of Pakistan to provide free and compulsory education to all children between the ages of 5-16 years and enhance adult literacy, yet millions of children in the country remain deprived of their Constitutional right.

Education is a basic necessity for the progression and prosperity of any country, but the government and society seem to pay no need to providing this basic right. The government of Pakistan and the relevant authorities seem insincere to take herculean measures to limit the growing number of out of school children and dropout rate. 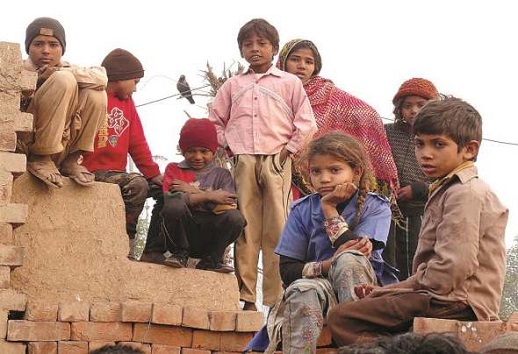 Sadly, the state is spending less than 2.8 percent of its GDP on education, which is far below recommended standards of 4 to 6 percent. According to new Human Rights Watch report, “the children are deprived of education for multiple reasons, including a shortage of government schools.”

READ  The True Picture Of Education Sector In Balochistan

Accordingly, The New York-based watchdog says, “the country, which has a population of about 207 million, including an estimated 80 million school-age children, Pakistan has nearly 25 million children out of school, the majority of them are girls.” The dream to enroll all the children of state in schools will not come true unless the education sector is prioritised and provided the required backing.

The situation is a dire warning for Prime Minister Imran Khan who has pledged that no child will remain out of school. Indeed the government’s failure to educate all children leaves horrendous impacts on millions of children, especially girls. The lack of strict policies, schools and prohibitive school fees, issues such as corporal punishment and a failure to enforce compulsory education along with a dire dearth of a political will are the factors contributing in the number of dropouts. What hinders government education is a number of factors and not just government negligence. Dozens of schools for girls have come under attack by militants in recent years. Moreover, family restrictions are also one major factor that contributes to out of school girls.

The government of Pakistan should focus on health and education instead of focusing on infrastructural development, such as roads, for an illiterate nation is unable to utilize these resources until they are provided quality education.

Tall claims made by the incumbent government of performing well to uplift the education sector may or may not be true. They have been nothing but mere claims thus far and situation seems grim at present. The state must come up with an innovative plan to bring an end to the plight before more dreams are lost.

The author regularly writes for web portals on social and political issues.